or Ask a Question
Discussions
Add a reply View Replies (3) →

JazzAzz
0
Could someone please tell me if there is a way to remove V9 from my android tablet's Google Search APP?? It is not listed anywhere in SETTINGS, APPS, or anywhere, other than when I click on my GOOGLE APP to do a search, and then V9 is the engine that comes up. Yet if I go direct to my Chrome or Firefox browsers, Google Search is the chosen engine and that is what is used, BUT NOT IN THE GOOGLE SEARCH APP :-).

I have done both several RESETS, including a HARD RESET at the Nobis Tablet's support persons direction to no avail. 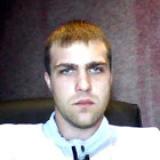 PCrisk Support
Tomas Meskauskas
Offline
Tuesday, April 19 2016, 07:04 AM - #permalink
0
Hi JazzAzz, I have read about China manufacturers adding various potentially unwanted applications to their products so this could be in your case. That's the first time I hear about v9 redirect being injected to Google search app. I will be aware of this. Thanks.
The reply is currently minimized Show
Responses (3)
Your Reply