or Ask a Question
Discussions
Add a reply View Replies (2) → 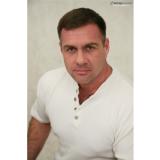 RichF
Offline
0
Has anyone met these ransomware [saveyourfiles@qq.com]?
They encrypted my servers. I wrote them the mail [saveyourfiles@qq.com] that was listed on my server. They demanded $ 6,000 from me. This is a very large amount but I paid it. They promised me to return my files of the servers and unlock my servers. After payment they unlocked only two files and demanded another $ 4,000 to unlock the remaining files.
In another forum I saw a similar story. After payment these guys will demand more money but they will not unlock it. Who came across these extortionists? How to get my servers back? How to return files?
Tweet
Responses (2)
Your Reply